“Want to play 21?”, is undoubtedly a question that someone has asked you before. The official name for the game is, of course, Blackjack. In several countries, including the UK and other countries, the game is often referred to as “21”. That doesn’t raise any eyebrows, since that’s literally the goal of the game: to get to 21 points, or at least very close to it. If you go over 21 points with the cards you have put down, you are “busted”, and you have lost that round. You play against the dealer and sometimes other players. Whoever goes over 21 is immediately disqualified from the round and loses, but if you are the player that gets the closest to 21 before the time is up, you win.

Blackjack rules: Cards and their value

“Simple” is probably the best word to describe this game, because the rules are so easy to understand (though there are some intense strategies to it, if you’re into that kind of stuff). All you need is a full set of standard cards. If you’ve got a set of cards that has “Jokers” in it, you should take them out. They have no value or place in Blackjack. Cards two to ten have their regular value, but the “Jack”, “King”, and “Queen” are all worth 10 points. The “Ace” is somewhat of a special case. You determine whether the “Ace” is worth 1 point or 11 points. You can use this to your advantage, but it doesn’t always pay off if you pick the higher value. 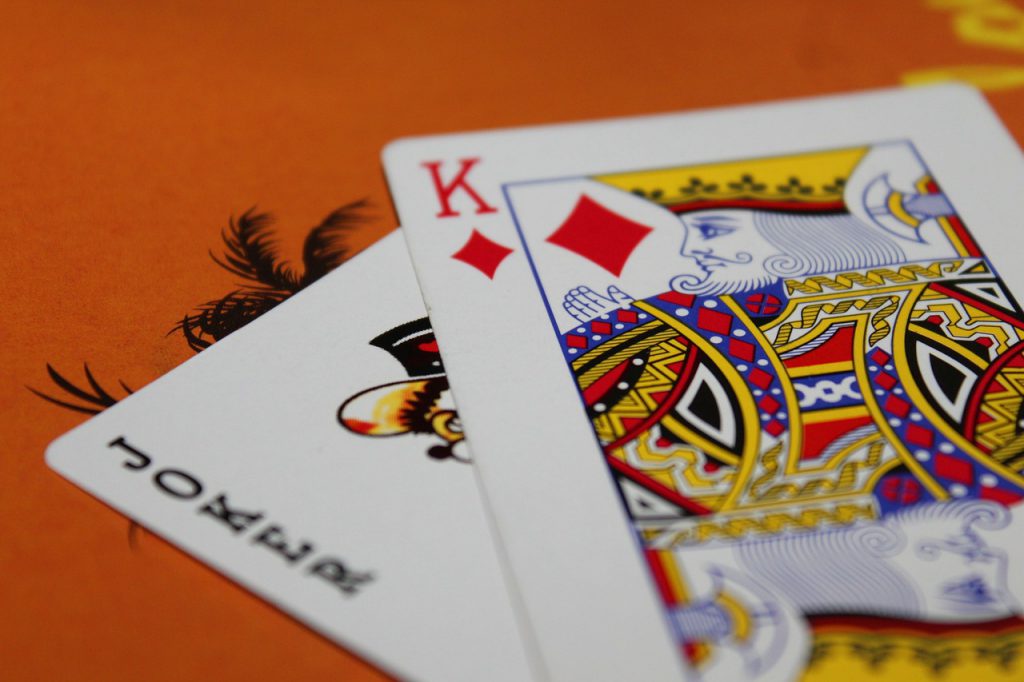 You start Blackjack by placing your bets. The dealer will then hand every player, including himself, two cards. The last card the dealer draws is going to be placed in front of everyone, face up, so everyone knows what to base their next move on. As the game goes on you must either toss a card or draw an extra card each round, until you’re very close to 21. Once you think you’ve got two good cards that add up to 21 or something very close to that number, you can place them in front of you and beat everyone, including the dealer.

There’s certain ways to play Blackjack. Most people just stick to the standard game rules and accept how the game naturally progresses, but more active players can choose to “double” or “split”. We’ll gladly explain these terms to you. So, imagine you’re playing a game of Blackjack, right? It’s your turn, and you get the option of getting an extra card and tossing one out, which is what we refer to as “split”. What some people might not know, is that this is also your chance to “double”. After you’ve taken your first two cards, you can “double”, which pretty much just means you can double your bet and get a free extra card. This, however, is a risky move. The extra card might put you over 21, which means you’ve lost.