Different roulette strategies have been developed, each of which claims to maximize the chance of winning. One of the most famous strategies is the Labouchere system. This strategy differentiates itself from any other system through the simple fact that it’s based on a mathematical formula. This is what makes the Labouchere strategy particularly credible. In this article we’ll explore why this strategy has great potential to help you win AND keep your losses in check.

An important part of the Labouchere strategy success is found in the fact that as a player you always to put a certain goal first. That’s what differentiates Labouchere from any other strategy. When you take the Andrucci or the d’Alembert as comparison, you’ll notice that Labouchere results in higher wins. Required however is that the monetary goal is within reach. For example with a start bet of 10 euros, winning 10.000 euros is challenging. That’s because a lot of things in the process can go wrong.

The formula behind the Labouchere strategy

When you’ve determined for yourself what kind of win you want, it’s important to look at the formula behind it. It’s best to keep your first bet limited a few ten’s of euros. Once you’ve placed the first bet, continue putting together a line comprised of numbers which multiplied equals the amount you betted. In other words, will you be placing a bet of €15? Then the following line is a good option: 1-2-3-2-3-3-1. You can also choose a short version that would look like this: 2-4-5-4. You’re free to choose the combination; it just has to equal the sum of your bet.

How does the Labouchere strategy work?

The actual application of the Labouchere strategy happens by adding up the first and last part of the series. This is the amount that will be your first bet. If you win a round, both numbers can be scratched off your winning line. Then for the next rounds you’ll keep playing with the new first and second numbers from the series. Basically you’ll keep repeating this process until all numbers are gone. It’s only after finishing up each winning line that you’ll realize a payment as player. By playing roulette in a conscious manner you’ll realize a constant series of winnings. When it works out this way, roulette is real fun. 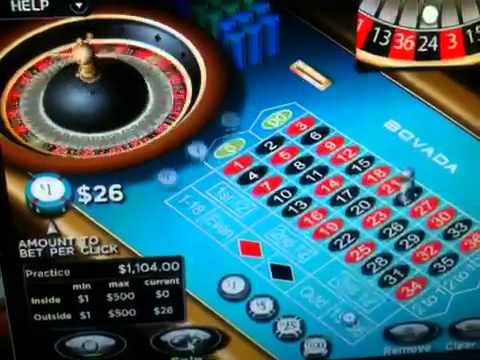 Of course it’s possible that you won’t be winning each playing round. So what happens with the winning line the moment you lose a round? It’s pretty simple. In that case the amount you lost will be added to the very end of the winning line. So that means that every loss has to be earned back in order to get payment according to the Labouchere roulette system. It sounds like quite the challenge, but in reality it’s not bad. The most important thing is to keep in mind that as a player it’s up to you how easy or difficult you make the game up to be. By choosing a small winning line (and be satisfied with small wins), you make it possible quite easily to win different amounts of money rapidly.

Also applicable to other casino games

Despite the Labouhere system being first and foremost developed to be applied at the roulette table, it’s also easily to be used for other casino games. For example think about the game of blackjack. The way this system works is unchanged. If you like a little bit of change as a player, but then at the same time wish to be faithful to your favourite, most win realizing strategy, it’s definitely worth having a closer look into the Labouchere system. Because this system is in particular great for the beginning player, it’s even better to try out.